This section is set in a Martello tower, originally built by the British Army as a coastal fortification. Joyce lived with Gogarty in "the tower" at Sandycove Point, southeast of Dublin, for a few days in September 1904. Joyce chose this dramatic setting as much for its symbolic resonances as for its basis in lived experience: it gave him a way to begin his novel with parallels to Homer's Odyssey and to Shakespeare's Hamlet. Both of these works tell stories of usurpation and revenge, and both center on the powerful visual image of a royal palace. 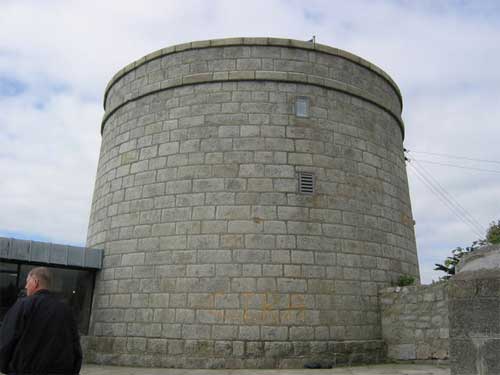